Satou Sabally shined on the court in the PAC-12 conference before being selected No. 2 overall in the 2020 WNBA Draft and eventually fulfilling a childhood dream of playing professional basketball player. Now that she’s a professional, however, she wants to use her platform to advocate for social justice around the world. 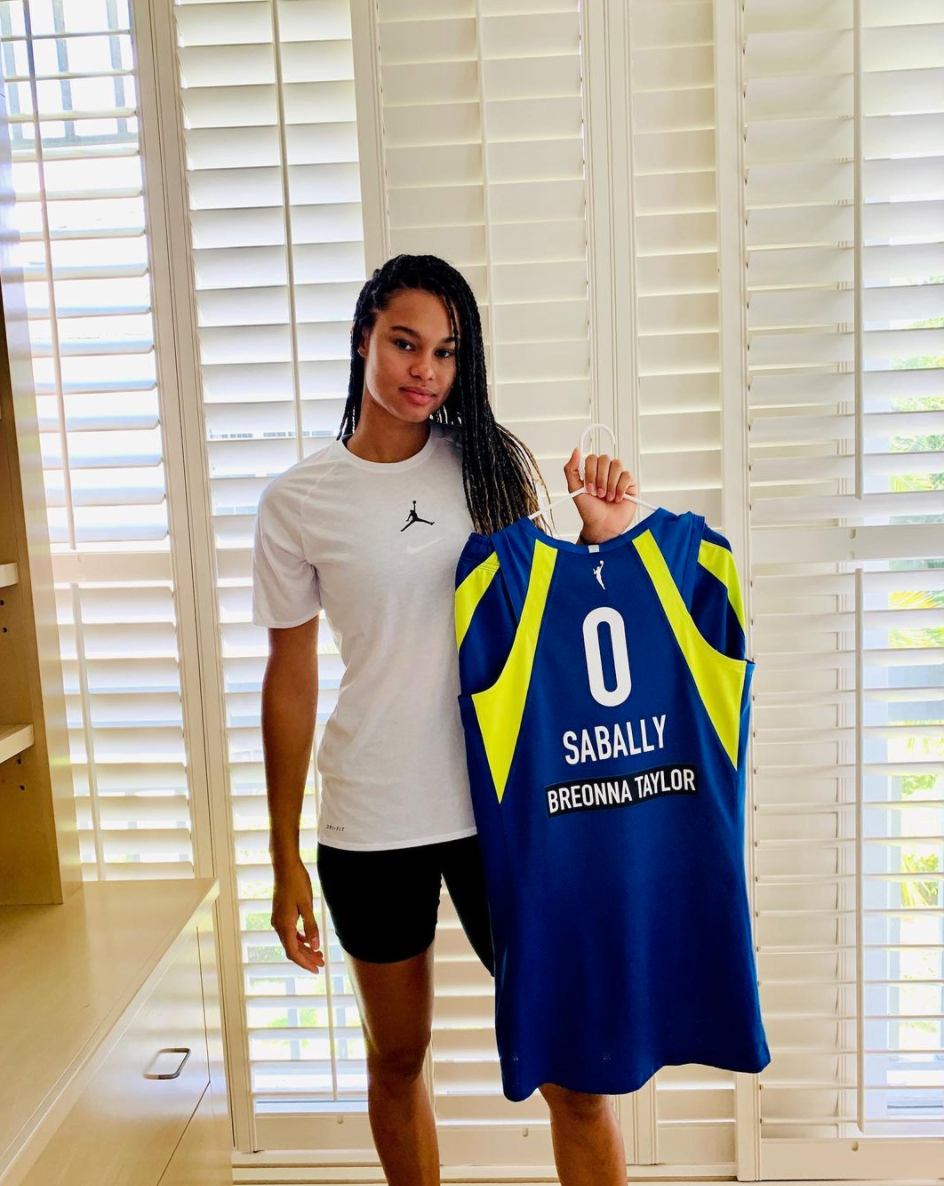 As a star player at the University of Oregon, Sabally knew she wanted to use her platform to fight for racial equality. Her following only grew as she embarked on her WNBA career as the Dallas Wings’ top rookie. In an unconventional shortened season because of the pandemic, this year’s class of rookies already had the challenge of learning a new playbook and a fast-paced season schedule, Sabally has also juggled leading the league’s social justice initiatives as part of the first WNBA Social Justice Council.

“I did not want basketball to take over my life and distract me from what’s going on outside the bubble, what’s going on in a lot of people’s lives,” Sabally told The Undefeated.

The league announced the formation of the council in collaboration with the WNBA Players Association in July before the start of the season, which was dedicated to the Black Lives Matter movement and #SayHerName campaign. Sabally is one of six players on the council and the only rookie.

“It speaks to Satou and the extraordinary young woman she is, and that statement really has nothing to do with her basketball skill,” Dallas Wings CEO Greg Bibb told the Dallas Morning News. “It has everything to do with the human being she is and the respect that she has as a rookie coming into our league to be appointed to such an important committee at such an important time.”

This year the WNBA is playing for something much bigger than basketball. After a delayed start to the regular season and the reignition of the social justice movement after George Floyd’s murder, the WNBAPA wanted to honor the Black Lives Matter movement, #SayHerName Campaign, and Breonna Taylor. The Social Justice Council’s mission is to drive necessary and continual conversations about race, voting rights, and LGBTQ+ advocacy, and gun control, among other societal issues.

“Even before Black Lives Matter sparked again, I was really vocal, and I thought it’s always important to raise my voice, and stand up for Black Lives Matter,” Sabally said in an interview with the Dallas Morning News. “I’m still young. I need to learn from a lot of things, but being in the social justice council with a lot of those great women is really a great thing for me to learn from them and to elevate my voice even more.”

The 6-foot-4 forward from Germany was able to speak with Breonna Taylor’s mother before the season began, and it gave her hope and motivation to keep working toward a better future.

“A lot of people always forget that these are humans that we’re talking about, and they just see the people. You see Breonna Taylor’s face everywhere, but you forget she had a mother, she had a sister, she had this whole family that is hurting, still, because there’s still no justice,” Sabally said to The Undefeated. “…Just being able to see that she’s a human and the realness of it really just made me even more emotional, and more eager to do more.”