Forty days following her arrest by authorities at a Moscow Airport for possession of vape cartridges containing cannabis oil, WNBA superstar Brittney Griner remains imprisoned in Russia. Despite being held on drug-smuggling charges, a crime that carries a sentence of up to ten years, media coverage and public attention for the two-time Olympic Gold Medalist and seven-time WNBA All-Star has been largely absent. 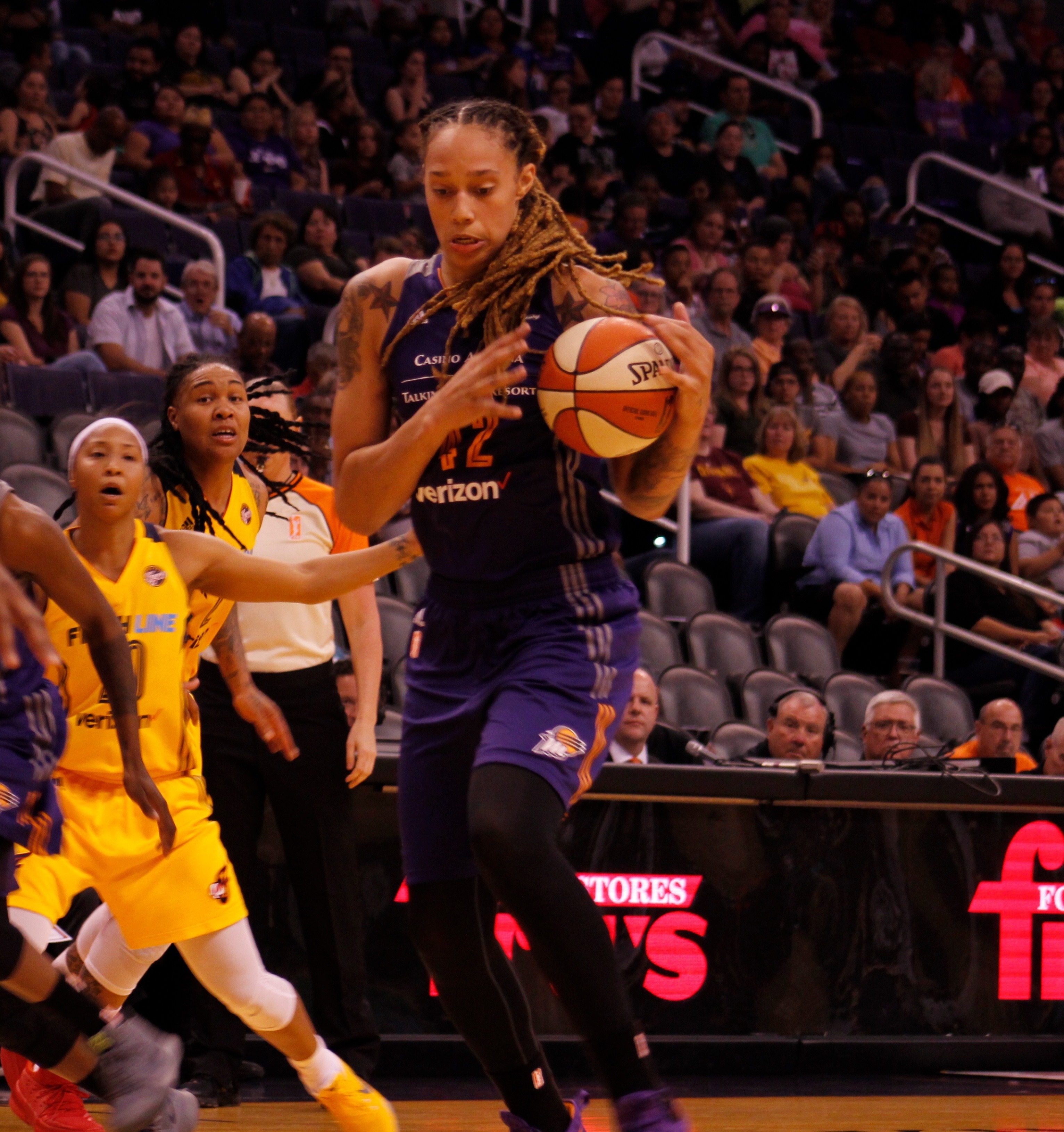 In the days immediately after Griner’s detainment, fellow WNBA players and members of the media were instructed not to comment on her situation for fear of causing damage to her case in Russia. And, although Griner’s situation has drawn support from prominent public figures, including former Secretary of State Hilary Clinton, those in the league and media have heeded the instructions to keep commentary to a minimum.

Now, as time ticks on and progress remains stagnant, many are beginning to question the impact of their calculated silence. Some argue that this strategy is crucial to avoid escalating a potential hostage situation at a time when the United State’s diplomatic relationship with Russia is deeply fractured. Others however believe that increased publicity could put additional pressure on the U.S. government to step up negotiations for Griner’s return.

“One of the reasons that I think it is important to raise the stakes and have publicity about her case, is about a different audience,” said Danielle Gilbert, Assistant Professor at the U.S. Airforce Academy, on a recent episode of The Stream on Al Jazeera English. “Publicity actually serves the case to convince the U.S. government that it can’t let up.”

In the same episode, Dave Zirin, Sports Editor at The Nation agrees that the public’s silence is not working in Griner’s favor.

“Silence is a tactical question, not a principled question,” said Zirin, “‘What is the best tactic to actually get Brittney Griner home?’ should be our question. The silent root, which apparently started with her arrest in mid-February when nobody knew where she was for several weeks, it just hasn’t worked.”

However, Gilbert also argues that if Griner’s detainment is in fact part of a hostage situation, increased coverage may actually do more harm than good.

“One of the things I’ve heard from talking to former kidnappers is that when they think that the person they're holding is more valuable, that raises the stakes,” said Gilbert. “If there was more media attention, it could actually make it harder to get her home.”

Still, according to CNN, Biden administration officials are treating her case as a top priority and have been working diligently to secure her release. But whether or not Griner’s status is that of a hostage is unclear, making the decision to speak out is a delicate one that leaves a lot of questions unanswered for both the public and those who have a personal relationship with Griner.

“What we were told, and again, this is all sort of passed along through hearsay, but what we were told was to not make a big fuss about it so that they could not use her as a pawn, so to speak, in this situation in the war,” said WNBA legend Lisa Leslie, “Do we know if that’s the right thing to do or not?”

Griner, who was previously denied consular access in the weeks after her arrest, was reportedly in “good condition” according to a U.S. Embassy official who was able to get in touch with her late last month. Griner is now set to appear in a Russian court on May 19, however the likelihood of her release at that time is unknown.

“I’m afraid that on May 19 they’ll issue another delay,” said Evelyn Farkas, the Former Deputy Assistant Secretary of Defense for Russia, Ukraine, and Eurasia. “Maybe they’ll have her appear if they want to make a bigger deal out of it and get the media to take some pictures and elevate this issue further. Clearly it’s not in the interest of her loved ones to have this elevated, but this is how the Russians operate.”

Griner has played for a Russian team in the WNBA offseason for the last several years, however her arrest could not have come at a more challenging time as the war between Russia and Ukraine rages on. It’s also important to note that Russia has an extensive history of hostility toward members of the LGBTQ+ community like Griner, making it that much more important for the public to keep a watchful eye as the situation continues to unfold. But the question of whether or not to remain silent is a difficult one.

“It’s heartbreaking and you want to do more,” said Leslie, “This is the first time we’re in this situation, and we don’t know what to do.”