Tina Charles was destined for basketball greatness from a young age. As a high school senior, she won numerous player of the year awards and was recruited to play collegiately at the University of Connecticut. 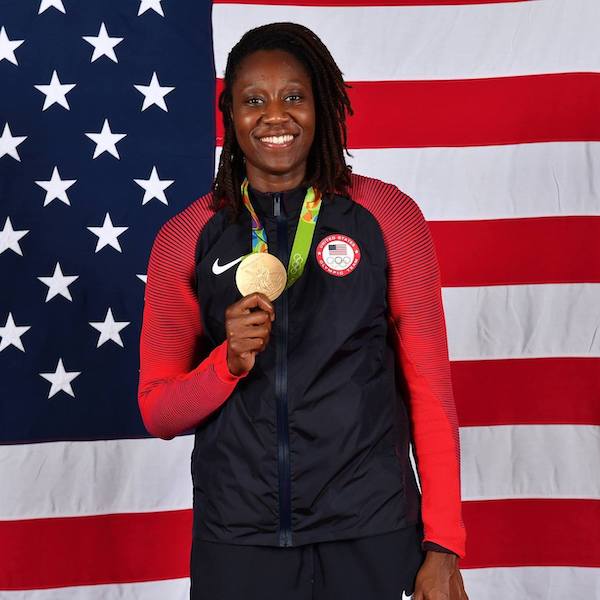 Along the way to becoming UConn’s all-time leading rebounder, Charles helped lead the Huskies to two undefeated seasons and NCAA titles in 2009 and 2010. She currently ranks in the top 10 in all-time scoring for the Huskies, and led the team in rebounding all four years she played — something that only Hall of Famer Rebecca Lobo has accomplished.

After posting a 146-6 record at UConn, Charles was drafted No. 1 overall by the Connecticut Sun in the 2010 WNBA Draft. She ended her rookie season as the unanimous pick for WNBA Rookie of the Year with a then-league-record 398 rebounds, 22 double-doubles (a WNBA rookie record), and 57 blocks. She continued to out-do herself throughout her time with the Sun, earning the league MVP title in 2012.

In 2014, Connecticut traded Charles to the New York Liberty where she continued her basketball prowess. She started her career in New York by ranking in the top five for both points and rebounds, the only player to do so, and won her second Olympic gold medal in 2016 for Team USA. In the WNBA, Charles set rebound records in each season with the Liberty, and became the team’s all-time leading scorer with 3,249 points. In 2020, she joined the defending WNBA champion Washington Mystics, but ended up medically exempted from the shortened season. 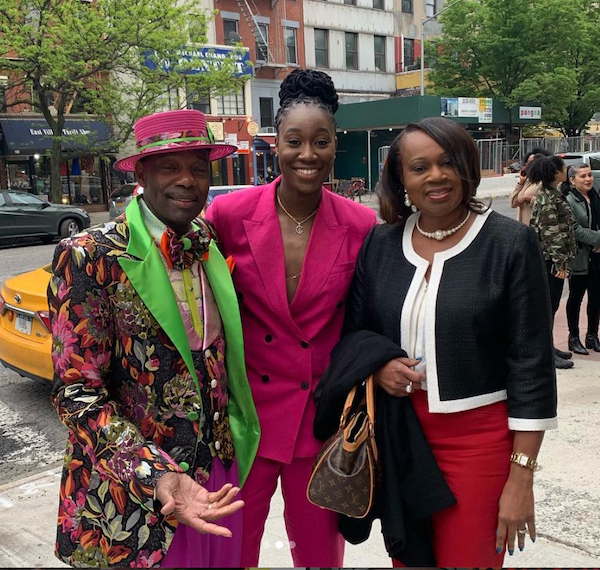 Before the 2019 WNBA season began, Charles made her directorial debut at the Tribeca Film Festival. Her documentary, “Charlie’s Records,” tells the story of her father Rawlston, an immigrant from Trinidad and Tobago, and his record store and music label in Brooklyn, and his influence on decades of music culture in New York City.

“In 1967, when he migrated over, calypso music, the music of Trinidad and Tobago, wasn’t something that was big here, but he personally wanted people to have access to that music. So, he started DJing, because he knew what little calypso you’d hear didn’t get played until the end of the party,” Charles said in an interview with Forbes. “It’s true that a lot of people who come from other countries immediately start small businesses as a mode of survival. He had that instinct too, but had a second instinct and desire to spread the music and part of his culture.”

As the youngest of six children, Charles didn’t always know about the rich history behind her father’s business. According to espnW, Charles saw a photo of her father’s record store in the National Museum of African-American History and Culture in Washington, D.C. She received the final sign she needed to create the documentary after receiving encouragement from Spike Lee and Tribeca Film Festival co-founder Jane Rosenthal.

“When his label was what it was, I wasn’t born,” Charles told Katie Barnes of espnW. “This was my time to ask those questions and get to know my dad on a level that I didn’t know him. That time for me was really special.”