Shaakira Hassell took the road less traveled but one that was filled with many obstacles to realize her dream. She overcame bias and hardship to become the first African-American woman to lead a strength and conditioning program in college sports. After stops at Troy University and Valdosta State where she was an assistant strength coach, Hassell landed the lead job at the U.S. Coast Guard Academy in New London, Connecticut, in 2017. 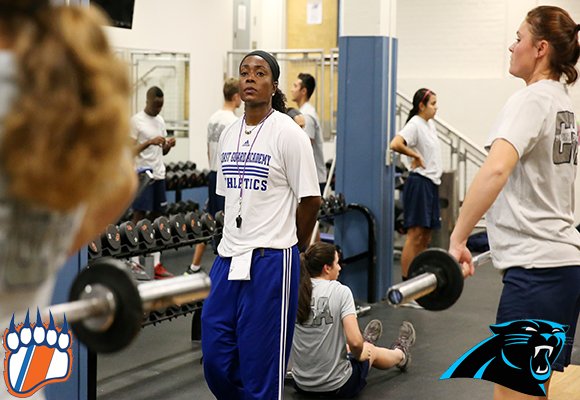 “I didn’t want to get the job just because I’m a female. I wanted to get the job because of my qualifications and prove I can do what I’m qualified to do. It’s very humbling and very overdue,” Hassell said.

Hassell brought a sterling resume to the Coast Guard Academy which included a stint at Camp Le June in North Carolina where she worked as a tactical strength coordinator.

“That was a tremendous honor because you were training soldiers and it was for your country. It wasn’t about wins or losses, it was about life or death. You get the soldiers prepared for their missions. That’s why it felt so good to go to work every day.”

Hassell spent time in the Carolina Panthers training camp in 2018 thanks to receiving the Bill Walsh Fellowship award. She felt she belonged from the moment she stepped on the field with NFL players. 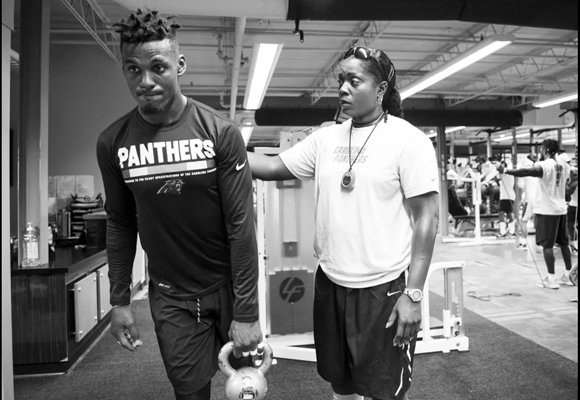 “The assignments they gave me and the expectations that they gave me, I was able to meet. Working with the injured athletes during practice just came naturally because of experience I had built up already.”

Her mission now is to get every athlete at the Coast Guard Academy, every athlete to excel in whatever arena they enter. She has some sage advice for each and every one of them.

Preparation, execution, and confidence – that is the strength of Shaakira Hassell which has taken her to new heights in the world of sports conditioning and performance.