Since retiring in 2017, she’s kept herself quite busy with multiple exciting projects. In January, she took over as president of the Women’s Sports Foundation, an organization founded in 1974 dedicated to helping female athletes reach their full potential in their sport and life. Along with that, she began training in MMA with a goal to eventually fight professionally. She’s been training at the Renzo Gracie Academy in New York City, and will even be featured in Halle Berry’s new movie Bruised.  However, one of her most exciting recent ventures is founding her own fashion company: PSK Collective.

Even during the COVID-19 pandemic, Knight was able to launch the brand in August of 2020. She wanted to create a brand that was “a functional, size inclusive, diversity focused, and sustainably designed activewear line that gives back a significant amount of proceeds to young women in sports.”

The mission statement for PSK Collective emphasizes that “inclusivity, empowerment, and equality” is the essence of their brand. Their goal is to truly embody the idea of body positivity and instill confidence in young women about their appearance. If anyone would know that athletic women come in all shapes and sizes, it would be Knight– who struggled throughout her career to find clothes that fit her well because of her muscular build.

PSK Collective has set out to solve this problem for her and all female athletes by designing clothing that is inspired by both modern streetwear fashion and athleticwear, with their target audience being Gen Z athletes. Most of their clothes are designed with the intent of being both fashionable and comfortable clothes to wear during exercise or throughout the day. This allows them to serve as both a lifestyle company and a performance company, covering both of Knight’s interests. 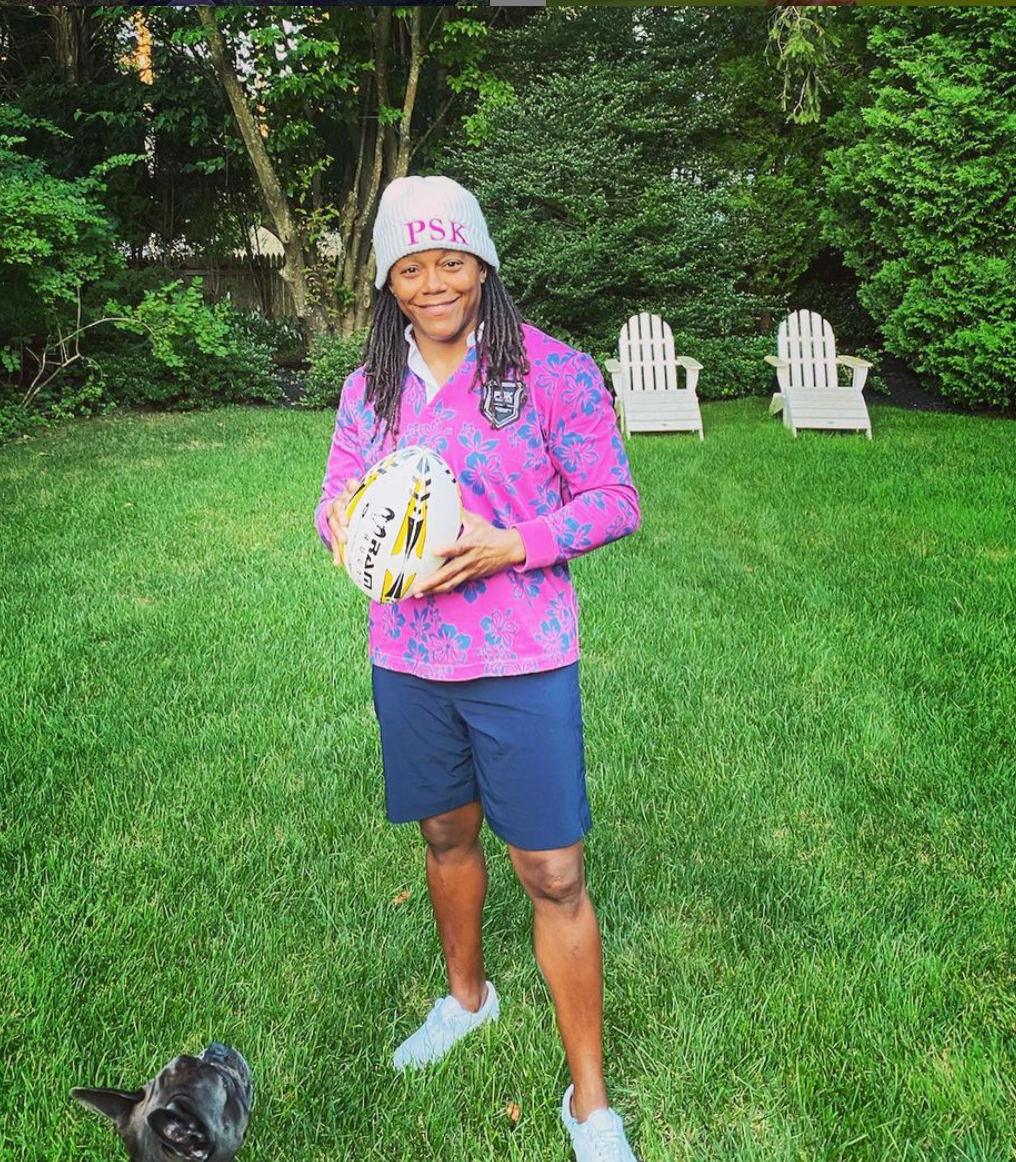 While the brand carries some classic-style rugby shirts, they also carry fashion clothes like cropped hoodies and baseball hats, along with a variety of leggings and shorts. Their brand has already become quite popular, allowing them to land a deal in early 2021 with Walmart to get PSK Collective on store shelves across the country, which should help to grow their brand even further and make it even more accessible.

“There is also the challenge of launching during a ‘racial pandemic,’” Knight said in an interview with Forbes last August. “This reckoning we find ourselves in the midst of has been quite impactful. I believe I would be remiss to overlook the adverse effect it’s had, particularly on members of the Black community. The silver lining that I’ve taken from it all is that people are much more aware that they need to inject diversity into their companies by working with minority designers and businesses. As a Black woman, it is more important now than ever that I launch this business.”

It’s clear that PSK Collective is dedicated to up-and-coming generation of women athletes. Not only does the fashion line empowers young women about their appearance and build, but the brand also donates 15 percent of all profits to the Women’s Sports Foundation.

While many will remember Knight for her rugby career, it’s possible that Knight’s greatest accomplishment may actually take place off the pitch as she works towards supporting and enabling the next generation of female athletes through fashion.