Ones To Watch: Black Female Athletes In The Olympics 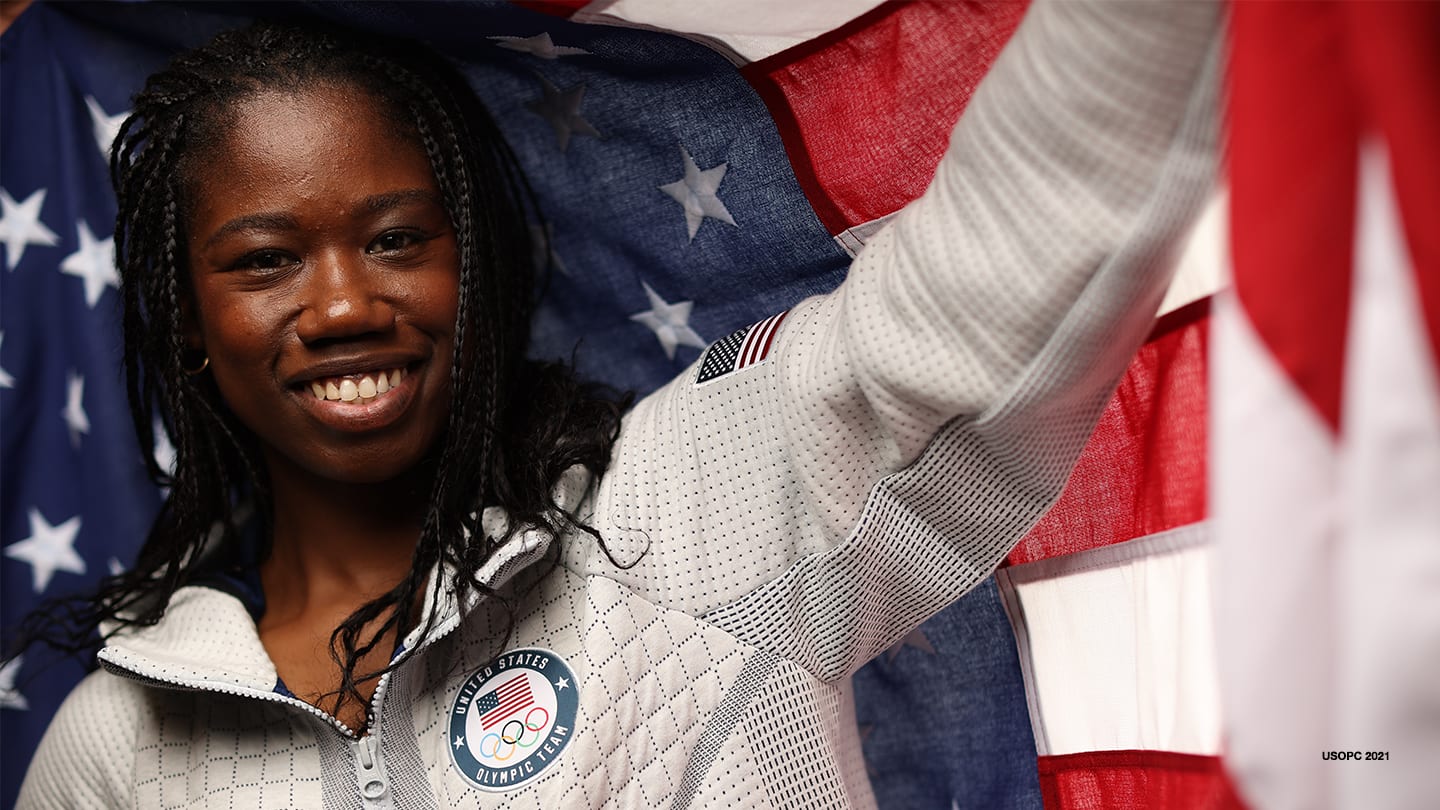 Erin Jackson competes in the long track speed skating, specifically the 500-meter race. Reigning from Florida, Jackson was also at the 2018 winter games in Pyeongchang. Jackson started speed skating in 2017, but began inline skating when she was 10 years old in 2002. Jackson currently has a degree in Materials Science & Engineering from the University of Florida.

“I just try to be a good example whenever I can, especially with young Black girls,” Jackson said. “With the Winter Olympics, you don’t see a whole lot of diversity. So I just hope I can be someone who they can see and be like, ‘Oh, maybe I’ll get out and try one of these sports.’ So that would be awesome.” 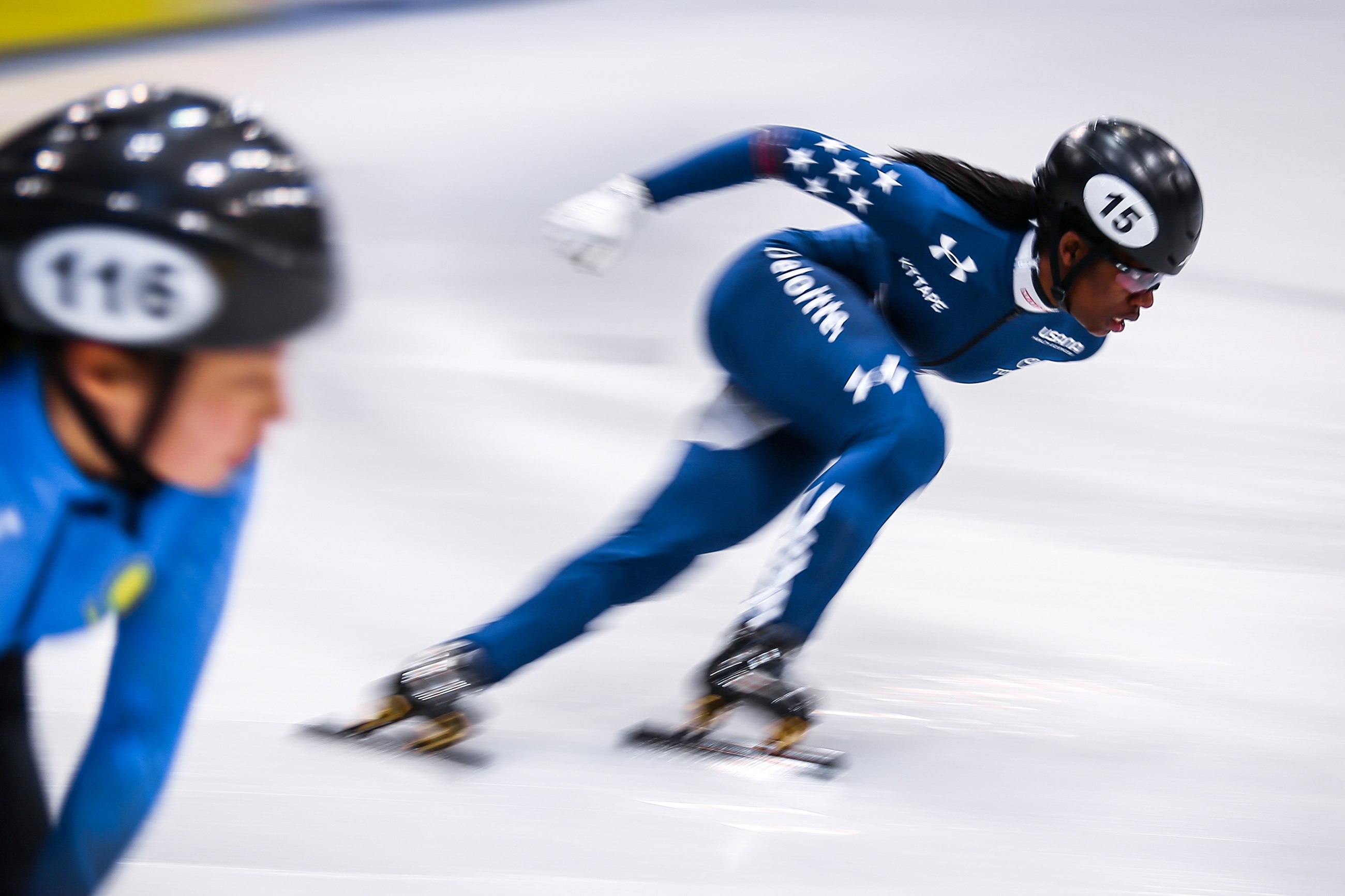 Alongside Jackson, Maame Biney also competes in speed skating, but she does the short track races. This is Biney’s second Olympics, as she competed in 2018 as well. Biney began her speed skating career at the age of six years old and made the switch at an early age after she was told that she was going to be a fast figure skater. The Reston, VA native attended college at the University of Utah and is the first Black woman to make the U.S. Olympic Short Track Speed Skating Team. 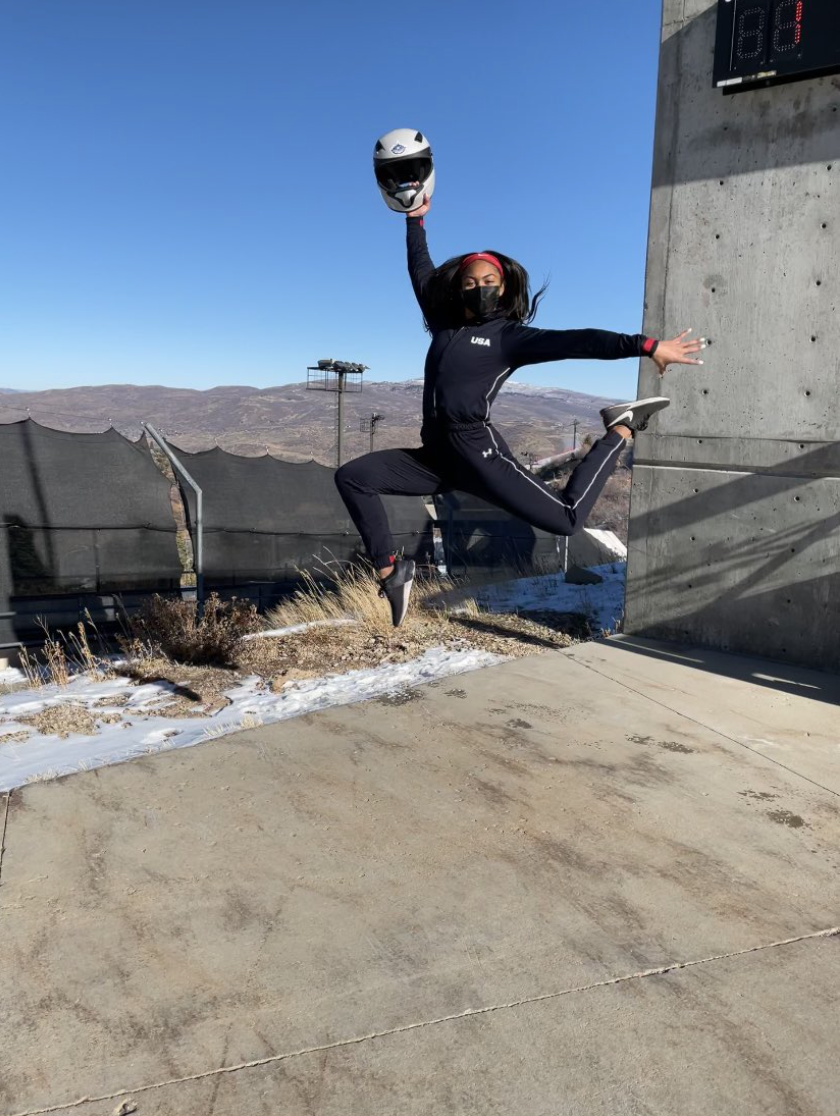 A UNLV graduate, Kaysha Love ran track in college. Love’s coach pointed out that she would be a great bobsledder, but she initially thought he was crazy. Only a year later, Love was good enough to make it onto the World Cup Team. Love is a pusher on the U.S. four-woman team. Competing in the Olympics is a lifelong dream for Love, but she thought it might be in gymnastics or later in track at the Summer Games.

“It wasn’t love at first sight,” Love said. “But it definitely made its way in there.” 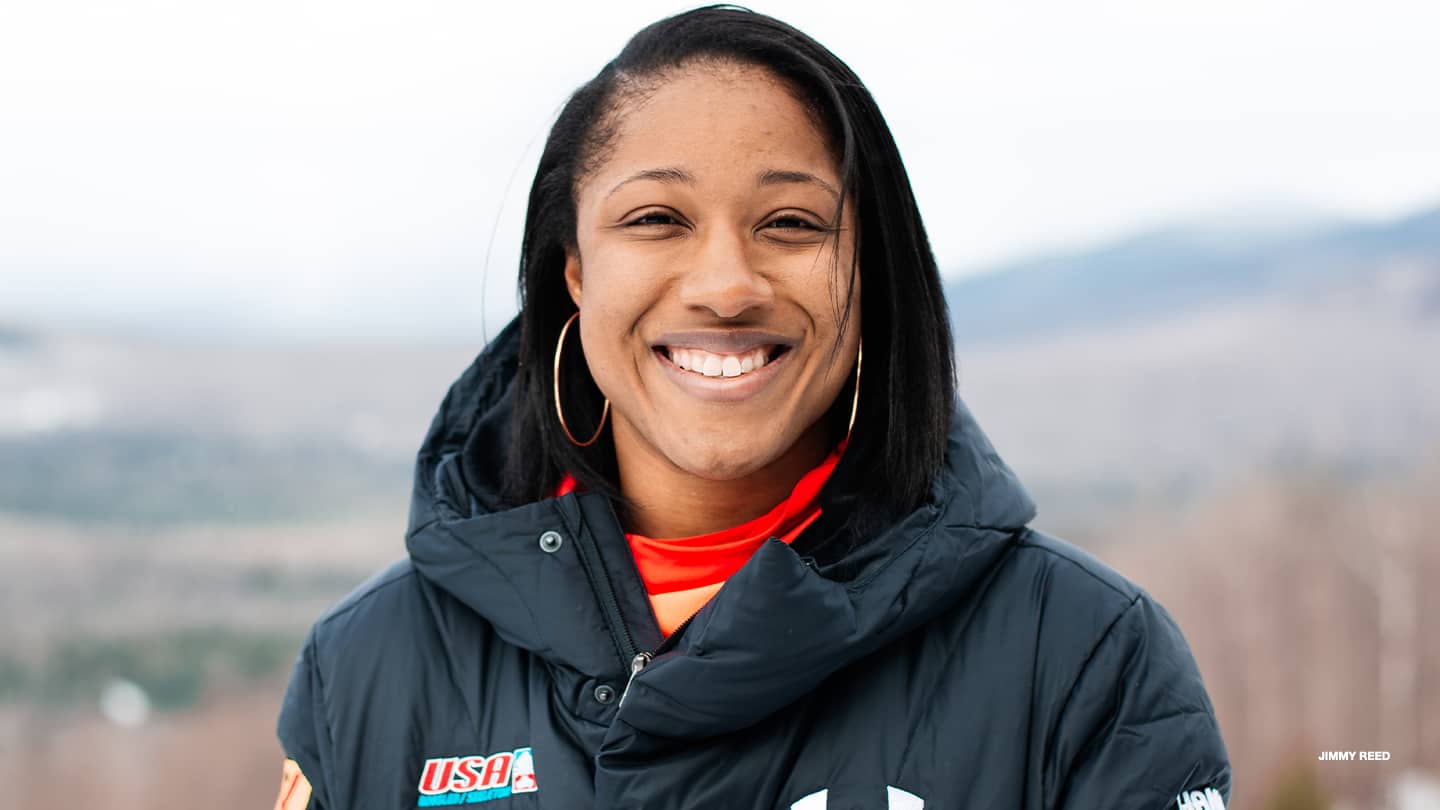 Sylvia Hoffman was first discovered and recruited for the national bobsled team on The Next Olympic Hopeful. Originally from Arlington, TX, Hoffman attended Louisiana State University Shreveport, but before bobsledding, she was a college basketball player and participated in weightlifting. Hoffman knew nothing about bobsledding before being invited to Team USA bobsledding tryouts, but she won several push competitions and from there her bobsledding career took off.

“It’s been a crazy three and a half years, but it’s somewhere that I feel like I should be,” Hoffman said. 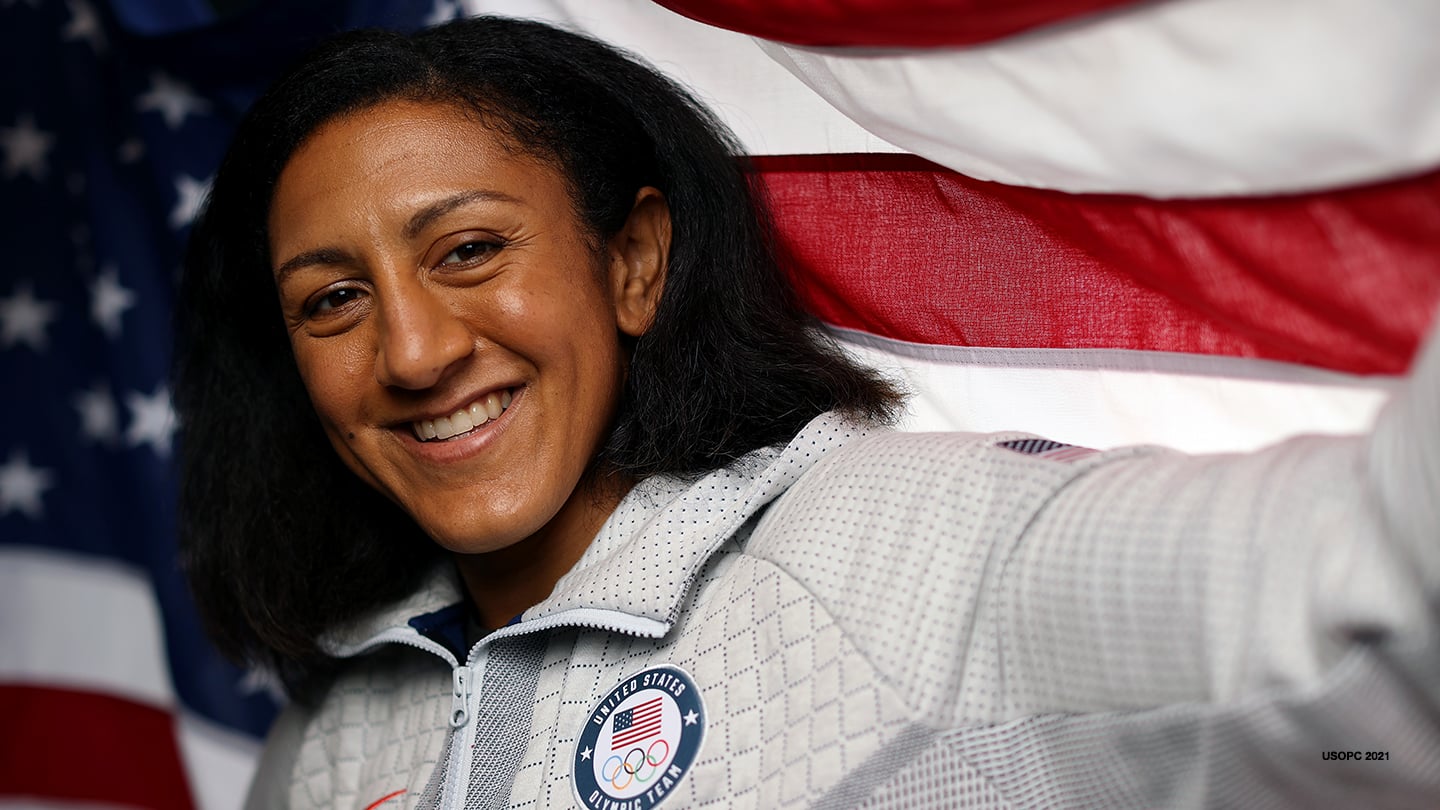 Elana Meyers Taylor is arguably the best bobsledding driver in the world. Meyers Taylor has been competing since 2007 as a driver. With a silver medal from both the Sochi and Pyeongchang games, Meyers Taylor is hoping to continue her medal streak this year.

Make sure to tune in and catch these amazing athletes!