More Than A Paralympic Skier

There is a noticeable absence of black athletes not only at the Winter Olympics, but the Winter Paralympics as well. This is largely due to the lack of accessibility people of color face in regards to winter sports. In addition, many winter sports require access to facilities and equipment that is expensive, making it more difficult for anyone to access these sports. There’s one famous black Para-athlete however who has made waves amongst inspirational women.

Bonnie St. John is a former Paralympic skier. At the 1984 Winter Paralympics in Innsbruck, Austria, St. John won the bronze medal in the slalom and in the giant slalom — she was also awarded a silver medal for overall performance thereby earning her the distinction of being the second fastest woman in the world on one leg that year. 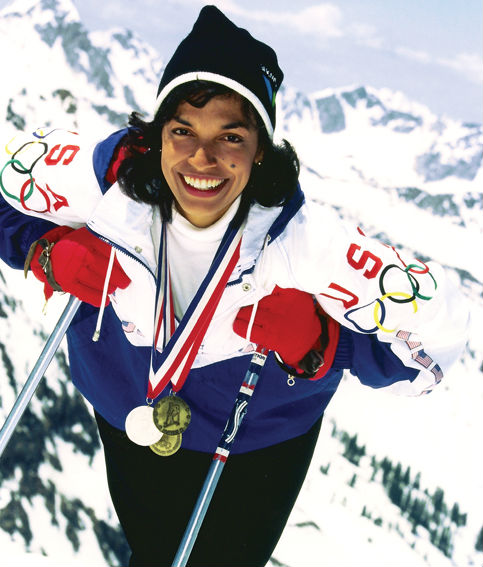 St. John’s skiing career began when a friend invited her on a family ski trip. St. John was hesitant at first because she had only one leg — she had her leg amputated when she was five — and did not have the proper equipment to ski. That changed very quickly when St. John found the equipment she needed to assist her and eventually became a good enough skier to take her to the Paralympics.

Being able to compete at the Paralympics is a dream come true for many, if not all, athletes, and St. John got to do that plus much more. As the 2002 Winter Paralympics in Salt Lake City, Utah, St. John got the chance to speak during the opening ceremonies. Then after her historic Paralympics where she was the first African-American ever to win medals in Winter Paralympic competition, St. John was featured on Starbucks coffee cups and was honored by President George W. Bush at a White House celebration of Black History Month.

Beyond being an Olympic skier, St. John is an honors graduate from Harvard, won a Rhodes Scholarship, earned numerous sales awards at IBM, and was appointed by President Bill Clinton as director of the White House National Economic Council. 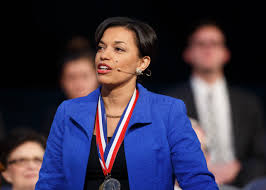 While her skiing career has come to an end, St. John is far from done — she is now an author and public speaker with six books, and several honorary doctorate degrees. St. John has been talked about as one of the five most inspirational women in America, even becoming an advocate for getting people to pay more attention to the Paralympic Games.

Ones To Watch: Black Female Athletes In The Olympics