While in college, Maya Moore helped the UConn Huskies win a pair of national titles. After being drafted first overall by the Minnesota Lynx, she guided them to four WNBA championships. Considered one of the best players in league history, she put her career on pause in 2019.

“When I stepped away two springs ago, I really wanted to shift my priorities to be more available and present to show up for things that I felt were mattering more than being a professional athlete,” she told CNN.

Maya was drawn away by Jonathan Irons, who was in prison more than two decades after being convicted of burglary and assault when he was 16-years-old. Moore gave up a six-figure salary and everything else that goes with being a superstar professional athlete to help Irons with his fight for freedom. 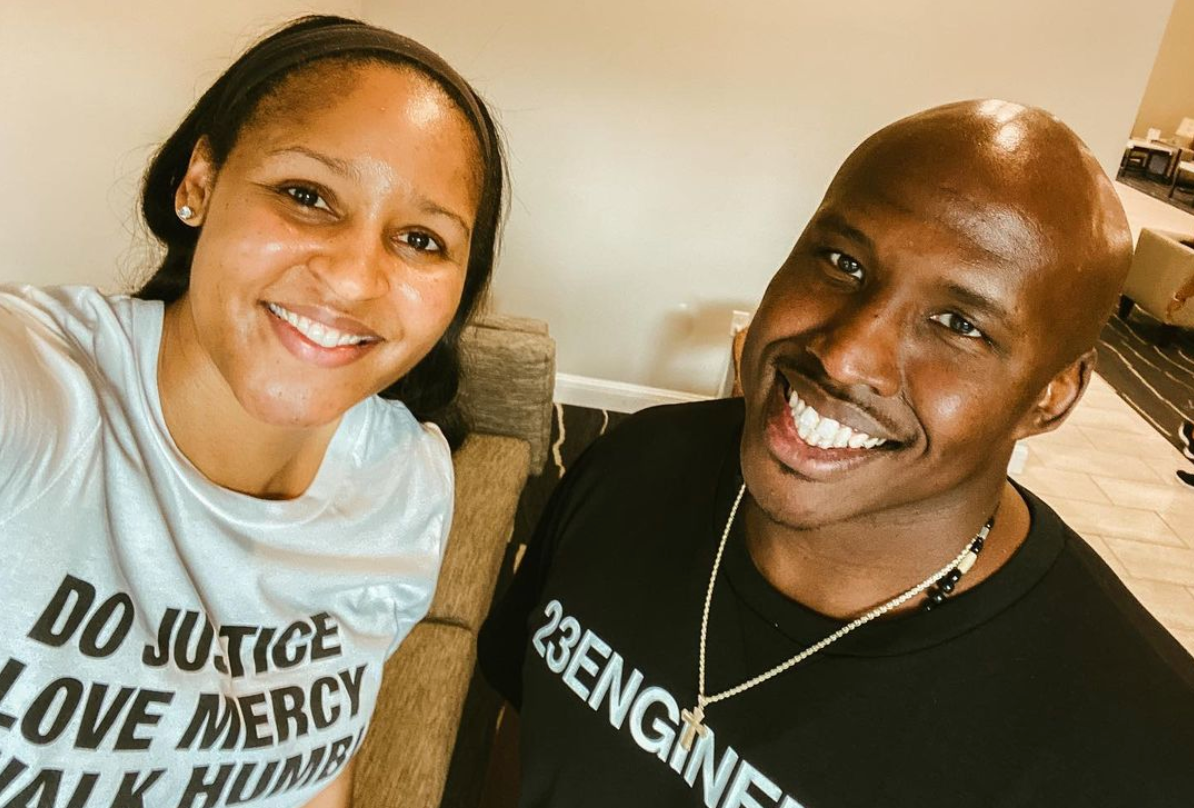 “This journey was deep,” Moore said in an interview with The Undefeated. “We were invested. Jonathan was invested. It was a deep-rooted experience. If you’re not committed to being deeply committed and invested over time, it’s not how legacies are made. Legacies are made and held by deep, over-time commitments to people.”

Her legacy as a basketball player was already cemented, but her sacrifice and commitment in helping Irons get his conviction vacated is something that everybody in this society should appreciate and remember her by. Irons certainly does.

“She saved my life,” Irons told FiveThirtyEight “I would not have had this chance  if not for her and her wonderful family.”

Moore was there when Irons walked out of a Missouri prison after 23 years, after a judge ruled he was wrongly convicted.

“I’m in a really good place right now with my life, and I don’t want to change anything,” Moore told The New York Times. “Basketball has not been foremost in my mind. I’ve been able to rest and connect with people around me, actually be in their presence after all these years on the road. And I’ve been able to be there for Jonathan.”

Moore and Irons announced on Good Morning America on Sept. 16 that they had married.

“Over the last 13 years we have just developed a friendship and just entered into this huge battle to get him home and just over time it was pretty clear what the Lord was doing in our hearts and now we’re sitting here today, starting a whole new chapter together,” Moore told GMA host Robin Roberts.