Taneka Mackey never looked at her involvement in sports through the lens of her race. Growing up in the Bahamas, Mackey was surrounded by people who looked like her. However, it was being a girl that sparked the most reflection from her.

“I grew up playing with the boys,” said Mackey who has two brothers. She said that being a woman made people overlook her. “You know, you’re on the basketball court and you’re the last one to get picked.”

It was when Mackey came to the United States that she started to notice the racial differences between her and her peers. In college, she was the only Black person on the golf team. Her classmates would marvel at her upbringing in the Bahamas, commenting that she grew up in the best place in the world. Their kind words left a chip on Mackey’s shoulders as her home country didn’t offer the same opportunities as the United States did. 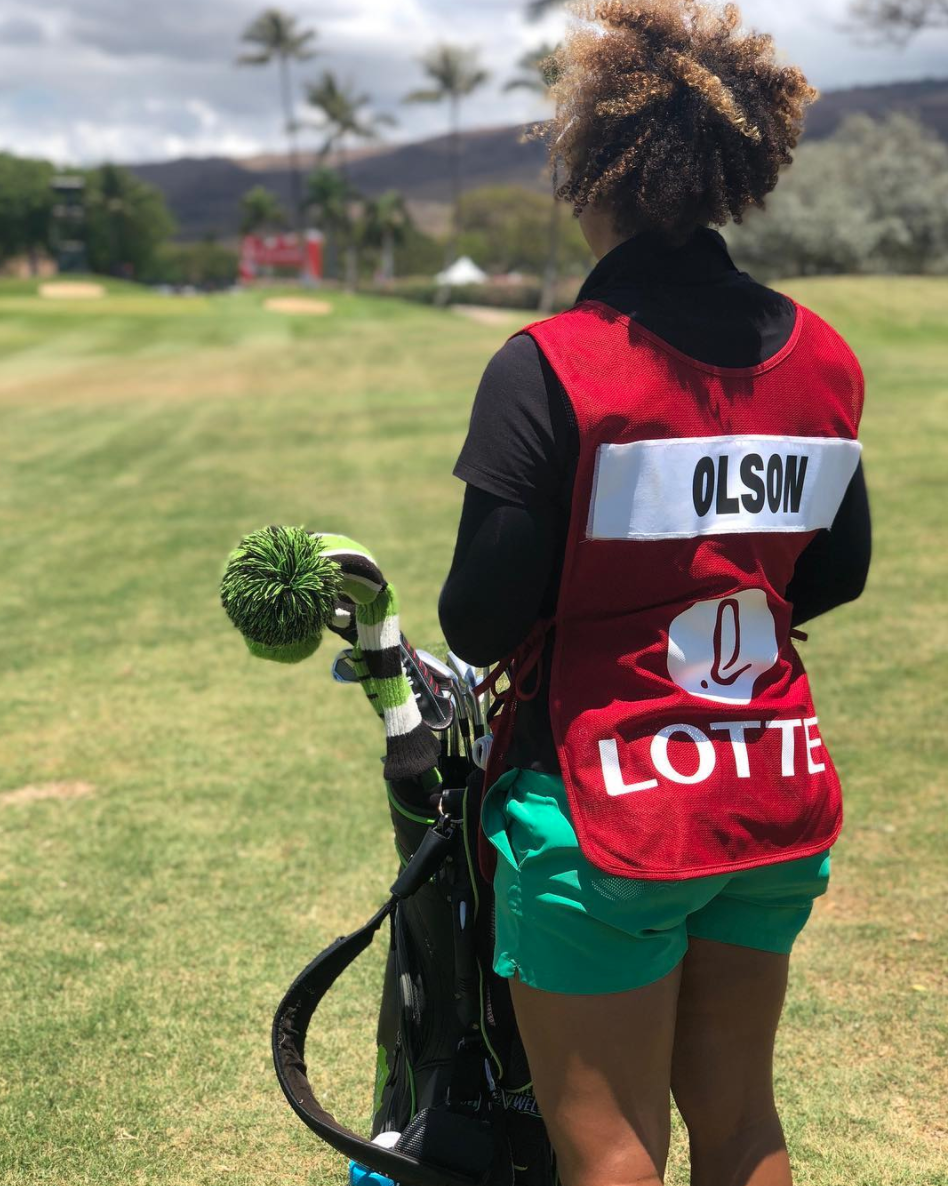 “We had to work three times as hard as people from the U.S. or Canada,” she said. “That was enough motivation for push and work hard.”

This resolve followed her during her first LPGA tour in which she was one of three Black women, the other two being Mariah Stackhouse and Cheyenne Woods. As a caddie on these tours, Mackey recounted how she’d find herself in situations that her peers wouldn’t be in because of race.

“I would be walking in with a golf bag and other people would just be able to walk straight through,” she said. “but I happened to be stopped and asked a few questions like, ‘Oh, where are your credentials?’” These incidents plagued her first few tours but she says that it has gotten better over the years and it doesn’t hinder her love of the sport.

“I think after a while, I saw what sports could do,” she said, looking back on her upbringing. “I saw that sports could give me a totally different platform. It could change my life.”

And it did. Despite originally having a love for basketball, Mackey was a natural at golf and within six months of playing, she was able to join the Bahamas National Team. Through her work, she was able to travel all over the world, something that basketball didn’t offer at the time. That’s what kept her in the sport, which she ended up growing a passion for.

But now Mackey is a caddie, the only Black woman to caddie full-time in the LPGA in fact. It’s completely different from being a player, she says, but the position allows her to be on the course and watch other players. It’s still physically demanding, Mackey makes sure she’s in shape but she says she doesn’t have to hit 300 balls a day like she used to. While she would love to play, she enjoys the access it gives her to the course.

“There's not much access to golf courses here in the Bahamas because everything is a resort course.” she said. “I would have to move to the U.S. where it’s cheaper to play.”

And Mackey says she wasn’t willing to give up her home, even if it meant playing golf. But thanks to her work in the LPGA Tour, she doesn’t have to. She can still be involved with golf without having to leave her home and it’s given her the best of both worlds. Through her work ethic and perseverance, Mackey says that her job has offered her opportunities beyond her wildest dreams.

Mackey knew she was different from her peers but not because of the color of her skin, she says, but rather because people could see that she was working three-times as hard as everyone else and wasn’t bitter about it. She doesn’t allow her differences to be a crutch and it was this mindset that helped her cope with her MS diagnosis. 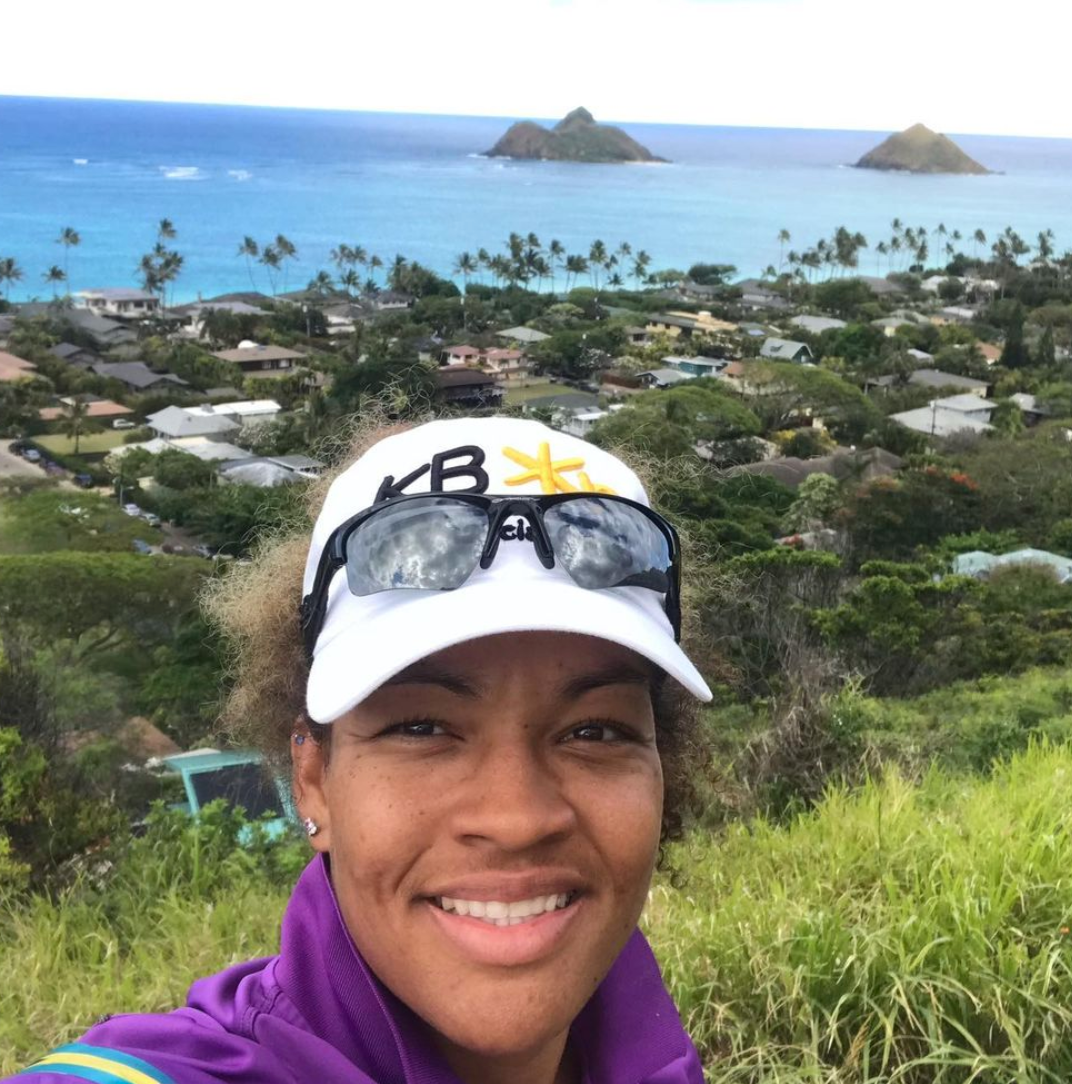 After her diagnosis, Mackey made huge changes in her life, changing her diet, getting MRIs every year and taking up to seven pills a day.

“It is work, but it's something that I have to do. I listen to my body,” she said. She knows when she’s pushing herself too hard or when her body needs a break but she refuses to let it stop her from chasing her dreams. “But there are times, after a week of work, where I can’t leave my bed for three days.” However, Mackey says it’s something she wouldn’t change for the world.

Now, Mackey spends her time advocating for those with MS and working with organizations such as Fore MS to raise awareness. She donates to the organization which raises money to help fund research for a cure.

“I know that it is going to help someone else,” she said. Finding a cure is important but the organization also helps people that don’t have the funds to get testing, a situation Mackey found herself in when she was first diagnosed. “So it's only right that I go back and I help them.”

See It To Be It