Trailblazing In A New Era

The legacy of Renee Powell’s father continues to live on through her and anyone who plays at the historic Clearview Golf course in East Canton, Ohio. The course celebrates its 75th anniversary on February 24, 2021, and Monica McNutt spoke to Powell for PGA of America about its momentous journey.

Powell’s father, Bill Powell, built the golf course with his own two hands in a time where white-owned banks and investors didn’t loan money to Black businessmen. Instead, he received loans from two Black doctors and his brother, and he converted a 78-acre dairy farm into the first U.S. course designed, owned, and operated by an African-American.

He built it as a labor of love for Black golfers, athletes, and families who weren’t welcome at other golf courses. It was the first integrated course in the country, and today its legacy lives on as a National Historic Site, but also through his daughter Renee who serves as the current LPGA/PGA head golf professional at the club. 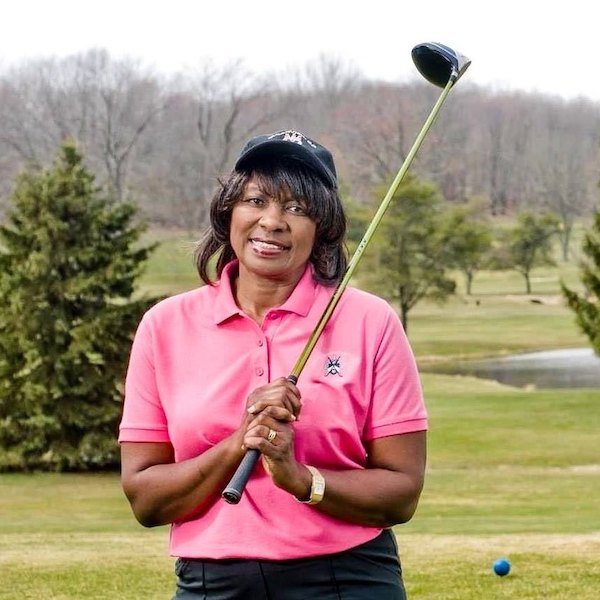 Renee Powell grew up with the course in her backyard, and got to witness its legacy, as well as her father’s, grow throughout the years. Her own legacy began as a phenomenal athlete, and carries on as an advocate for inclusion, equality, and golf for all.

Renee learned how to golf at a young age, and quickly became a top amateur golfer. She dominated local and regional youth tournaments, after her parents fought for her right to participate. In high school, she became the first African-American girl to play in the U.S. Girls’ Junior Championship, and while she dominated on the greens, she still faced endless prejudices.

“It was my first big tournament,” she told the Canton Repository. “I was 16. Back then, when you read the write-ups, I was a referred to as ‘Renee Powell, a Negro from Ohio.’ … Joe Dey was the director of the USGA then, before he was the first commissioner of the PGA Tour. I remember he was so nice. They came out to greet my dad and me, and he said, ‘We want to welcome you, Mr. Powell, and we want to let you know that the only thing the USGA requires is that you have a golf game … and Renee has that.”

Renee later became the second African-American woman behind Althea Gibson to ever play on the LPGA Tour. As a tour player she competed in more than 250 professional tournaments and won the 1973 Kelly Springfield Open in Brisbane, Australia. While her success continued as she played professionally for 13 years, and she was well-respected among other golfers, she still faced issues of discrimination, racism, and even death threats.

“The problems came from outsiders,” Powell said. “The ’60s were a turbulent time. We played in places in the deep South where there were many challenges, but it wasn’t only in the South. There were plenty of places elsewhere in the country where I wasn’t welcome as a Black woman in golf. There were always people who welcomed me with open arms, too.”

Renee retired from the LPGA in 1980, but her work in golf was far from over. She dedicated her life to continuing the work that her parents started, and advocating for golf for all. She focused on diversifying the game and making sure that other people of color, women, seniors, children, and veterans had access to the game she loves so much.

According to her biography, she became an International Goodwill Ambassador and made more than 25 trips to Africa to host golf clinics. In 2011, she launched Clearview H.O.P.E (Helping Our Patriots Everywhere) that offers cost-free therapeutic and  recreational golf programs for female veterans year-round.

Renee’s work and legacy has been recognized by many in the golf community, and she’s received countless honors, including her induction to the PGA of America Hall of Fame in 2017, just four years after her father’s posthumous induction.

Her legacy has taken her around the world, but most notably, to Scotland, where her father had been stationed during World War II. In the sacred halls of the University of St. Andrews in 2008, Renee became just the third American, and the only woman golfer at the time, to ever receive an honorary doctorate in the school’s 600-year history. She accepted with her father in attendance.

In 2015, she became one of two American women first given honorary membership into the Royal and Ancient Golf Club of St. Andrews, Scotland, and in 2018, the university renamed one of their student halls in honor of Renee. Renee Powell Hall is the only building on campus to be named after an American.

Despite her countless accomplishments, Renee continues the work she does to make the world a better place for others through coaching, mentorship, and community service. She credits her success to the sacrifices that her family, as well as everyone who came before her, made. 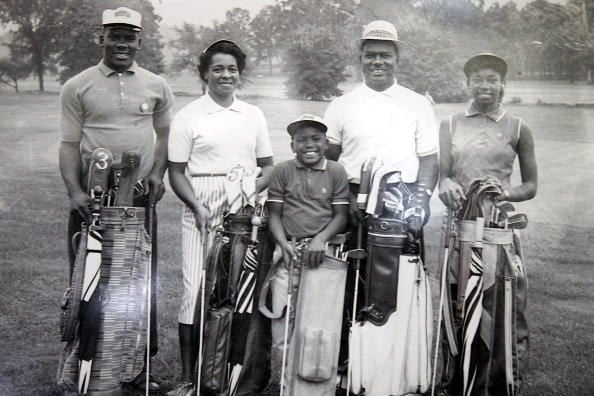 “My parents lived to see the integration they never got to experience in their primes, the openness they dreamed would come about when they built Clearview in 1948. I can only hope to do as much, to pass along as much to the next generation of golfers as my parents did to me. Yes, they experienced discrimination; yes, they had hardships that rattle the conscience today. But the positive examples they set – examples of perseverance, dedication, and positivity, even in the face of blatant unfairness – made possible everything I have achieved and everything I will pass on to others,” she penned in an essay for LPGA.com in early 2020.

“The honor is really for the sacrifices my family made, for those who came before me, men and women who fought the fight with good hearts and great devotion. What I do now is for them. And for those who will follow.”