Lupe Rose has made millions as a marketing guru and entrepreneur. Now, the CEO of She Beverage is stepping out of her comfort zone as the president and founder of the Women’s Football League Association. 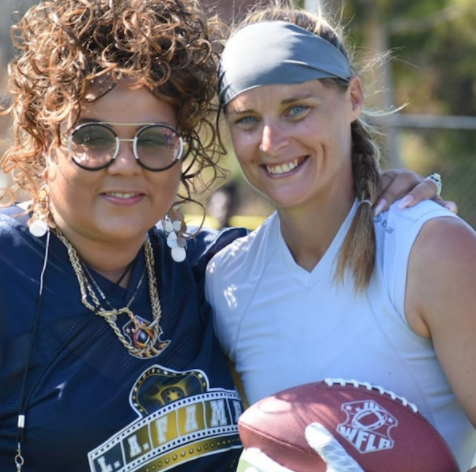 “The WFLA has promised equal pay for equal play and stand for women’s equality in sports,” Rose said in a statement. “Women push back boundaries and overcome every obstacle, and are making it possible for all women in sports to stand up for what they deserve in equal pay.”

The WFLA is believed to be the first women’s league to actually pay its players. Rose is working hard to make sure this league has a lasting impact. She is negotiating TV deals to help ensure a great platform for women and is using her brand to help fund the league.

According to Rose, the league has two main goals:

Rose is well on her way to accomplishing her second goal.  She hired Shawn Costner, a former executive with Roc Nation Sports to be league president, and rapper JaRule purchased the New York Stars team.

“It’s no brainer to bring Mr. Costner on board. We want the best, and his experience and expertise will help lead the way in redefining women in professional sports with the WFLA,” she said in a statement.

The 32-team league will play exhibition games to bring the league exposure before officially launching in fall 2021.

“I have always loved football and enjoy a good game, especially the Super Bowl just like other football fans, so franchising a female football association is definitely a dream come true for me,” Rose said.