As the national anthem began playing to honor Gwen Berry’s gold medal win in the hammer throw competition at the 2019 Pan-Am Games in Lima, Peru, Berry was unexpectedly overcome with emotion. “I just felt something. I don’t know what it was,” Berry told CBC. “It was indescribable but I’ll never forget it or regret it.” 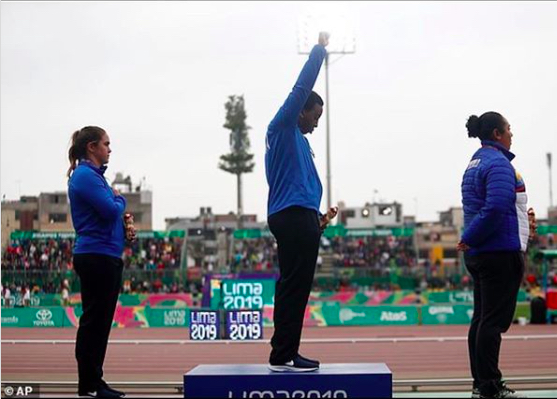 What happened next to which Berry referred could very well have ended her career. As “o’er the land of the free” rang out from the speakers, Berry lowered her head and raised her fist. On the fifth anniversary of the death of Michael Brown, who hailed from Berry’s hometown of Ferguson, Missouri, she used her platform to protest racial injustice in the United States that she felt did not live up to providing a “land of the free” for all.

Berry, along with fencer Race Imboden, who took a knee during the national anthem during the men’s team fencing medal ceremony, received 12 months probation from the International Olympic Committee (IOC) for their actions. The consequences, however, did not stop there. Berry saw a loss of 75 percent of her sponsors, including Nike, which posed a financial problem for her and her family. Berry was forced to find side jobs to support her and her loved ones and was warned by the IOC that there would be more than just a warning for her next protest. 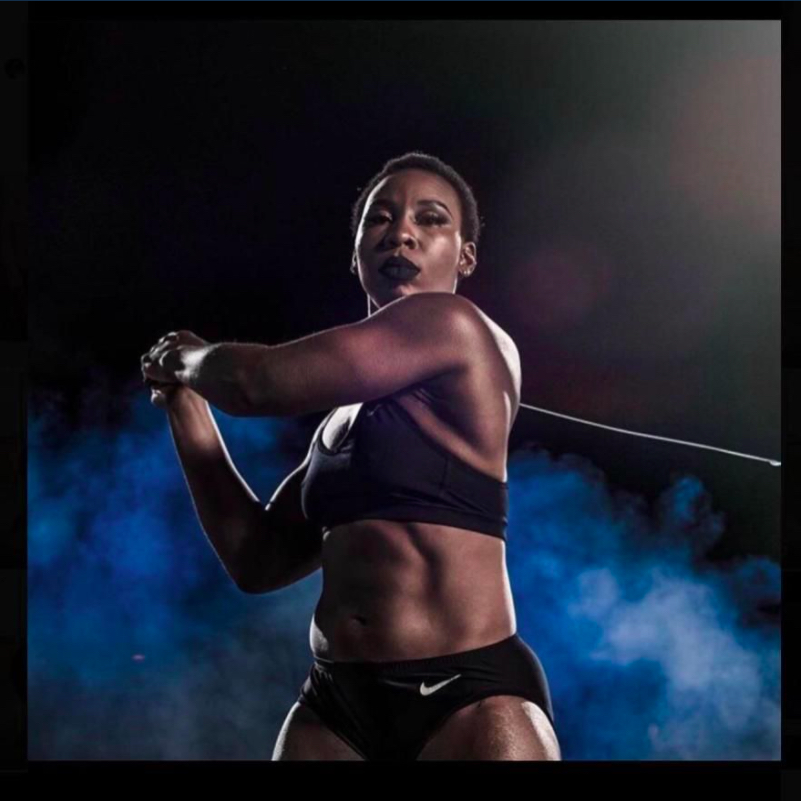 In the wake of George Floyd’s murder in May 2020, athletes across the sports world have been protesting, and the same organizations that reprimanded Berry’s behavior began to extend their support to protesting athletes. In response to a statement from the United States Olympic and Paralympic Committee supporting athletes protesting after Floyd’s death, Berry responded by tweeting, “I want an apology letter .. mailed .. just like you and the IOC MAILED ME WHEN YOU PUT ME ON PROBATION.. stop playing with me.”

Berry voiced her anguish with the IOC’s hypocrisy, confronting IOC President Thomas Bach and pleading for him to repeal and replace the IOC’s Rule 50, which states, “No kind of demonstration or political, religious, or racial propaganda is permitted in any Olympic sites, venues, or other areas.”

Despite the challenges that Berry may face in the future, she certainly is not giving up using her platform to raise awareness for social justice issues.

The Comeback Is Always Greater Than The Setback