Mary Roman was as tough and as resilient as they come. She was an elite senior athlete who held numerous records in track and field. Roman overcame polio as a child and dealt with the untimely death of her husband well before their golden years. Despite facing so many challenges, Roman kept moving forward. The Norwalk, Connecticut native was a banker and city clerk while working her way up the ranks as a world-class athlete at the tender age of 65. That’s right, 65-years-old! She began competing in senior track events in 1989 ultimately winning hundreds of medals. In an interview with GoodSport in 2017, Roman spoke about her love of sports and the fire that burned inside of her. 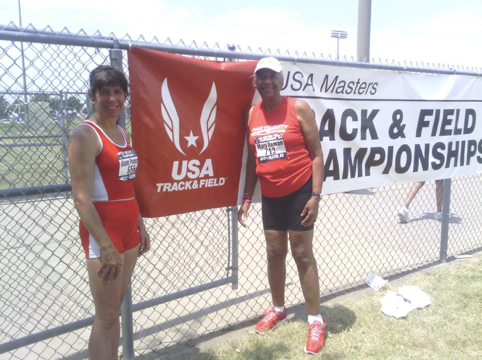 “I guess I’m just a natural-born competitor. I want to win or at least do the best that I possibly can do.”

Roman represented the United States across the globe, competing in Spain, Italy, France, Australia, and Brazil. She won more than 300 medals in her Master’s career, and in 2016, she was named Connecticut Masters Games Athlete of the Year. The feeling of being crowned a champion motivated her to keep going.

“When I first broke a record in New Jersey, I said ‘this is fun. Then I started looking at all the events and felt I could do them.” 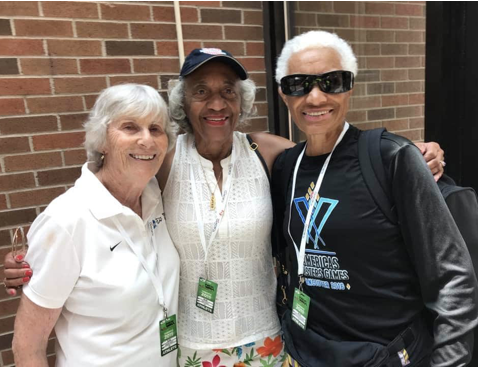 Age was indeed just a number to Roman, who raised five children. She competed in Masters competitions in the shot put and hammer, earning world rankings along the way. She was also an avid weightlifter who encouraged people on the other side of 60 to keep on moving.

“They should exercise. I don’t care if they are just walking. You can jog or join a club. That’s really fun.”

Her wonderful life, defined by her resolve and record-breaking accomplishments, tragically came to an end on March 24, 2020, when she lost a hard-fought battle against the coronavirus. Mary Roman was 84 years old. Former Norwalk Mayor, Richard Moccia, honored her in an interview with Hearst’s Connecticut Media,

“She was a very, very unique person. I don’t think I ever met a person who didn’t like Mary Roman.”

The entire Norwalk community and all the people she touched will miss Mary Roman and her wonderful smile and outlook. She was one-of-a-kind competitor who inspired multiple generations of athletes.

Trailblazing In A New Era