Angela Hill is used to being a pioneer in mixed martial arts. The Maryland native made waves in 2014 when she became the first Black woman to sign with the Ultimate Fighting Championship. In September 2020, Hill made history all over again when it was announced she would be headlining her first UFC card. 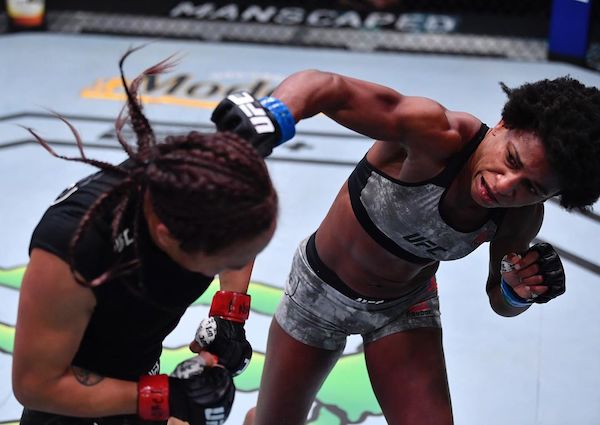 “A lot of people would say, ‘Why does it matter?’ But if it doesn’t matter to you, that’s OK, but it does matter to the fans who see that and they’re like, ‘Finally, finally, we have some representation,” Hill told reporters in a press conference. “Finally we have a face in this sport that we love, and we’ve been waiting for so long.’”

Beginning her combat sports career in Muay Thai, Hill went 16-0 in kickboxing before making her MMA debut in 2014. She won her debut with an impressive Round 2 technical knockout, which landed her a spot on the 20th season of UFC’s reality competition series, The Ultimate Fighter.

Hill ultimately lost her first fight on the show to future UFC strawweight champion Carla Esparza, but was signed to the promotion anyway to take part in the UFC’s new 115-pound flyweight division. The move made Hill the first Black woman to sign with the UFC. Unfortunately, she would lose her first two fights in the promotion, and was subsequently released in 2015.

This was far from the end of the road for Angela Hill, however. She would go on to win her next four consecutive fights in the all-female MMA promotion Invicta FC, capturing their strawweight title in the process.

Angela Hill rejoined the UFC in 2017 and has been a mainstay in the promotion’s strawweight division ever since. As one of the most active fighters on the roster, Hill has become somewhat of a fan favorite for her willingness to fight anyone at any time. 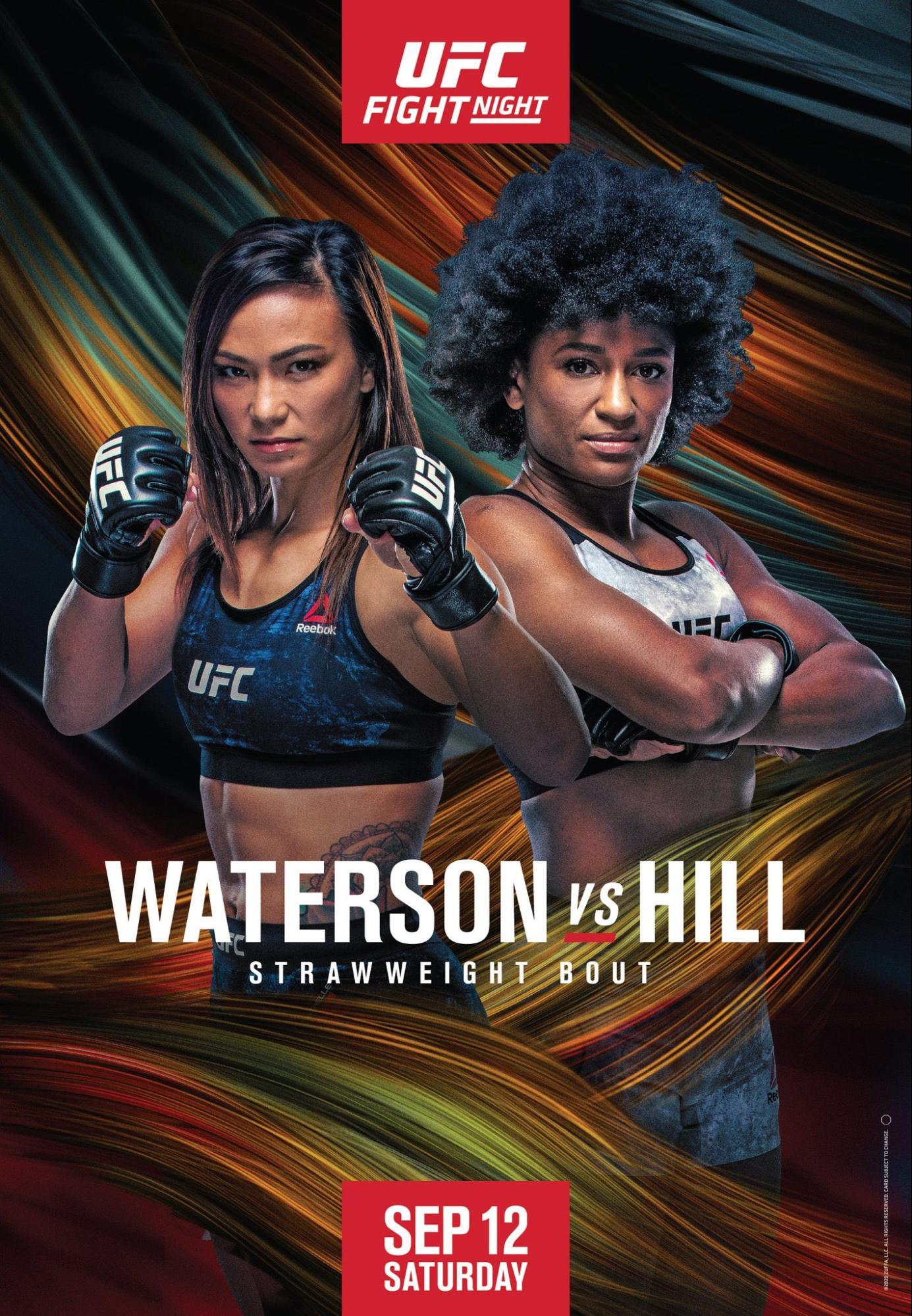 2020 was no different for Hill. After already fighting three times that year, Hill was scheduled to face the highly-touted striker Michelle Waterson in a co-main event of a UFC Fight Night on September 12. But after the card’s main event between Glover Texiera and Thiago Santos was scrapped because of a positive Covid-19 test, Hill and Waterson’s fight was promoted to the headlining slot.

Not only did this land Hill in her first ever UFC main event, but it would mark the first time an African-American woman headlined a UFC card.

“It’s big, and I didn’t even realize how big it was until (my manager) mentioned it to me,” Hill told MMA Junkie. “I think in a time like this, people need heroes. People need someone to look up to, someone to root for. And just the fact that this hasn’t happened yet is indicative of the fact that it is important.”

Hill ultimately lost to Michelle Waterson via a controversial split decision in a “Fight of the Night” effort. But despite the disappointing result for Angela Hill, nobody can take away from the history she made on September 12.

“I’m inspiring people who look like me, that they do have a chance to make it in whatever field they’re pursuing. And they do have a chance to be a great athlete or a great artist or a great doctor,” she said in a video interview with ESPN. Whatever it is that they didn’t really have the confidence in going after before. Whatever they’re passionate about, they have the confidence to do it because they saw my passion in martial arts. And they saw me bring it to the big screen.”

Phoenix from the Ashes