A Conversation With Shasta Averyhardt

Shasta Averyhardt is one of just eight Black women to ever compete on the LPGA tour.

Her father was an avid golfer and she eventually picked up a club alongside him when she was 7 years old. Averyhardt recalls it taking her a while to fall in love with the game—that it wasn’t until high school when she realized she had the potential to be really good—but once she did, she began watching the LPGA tour.

Watching the LPGA played a huge influence for Averyhardt, who could picture herself playing golf with the other women on tour, but she said that it was the influence from watching Tiger Woods that ultimately sparked her interest in watching professional women’s golf on TV.

Averyhardt played at Jackson State University and won four individual and team SWAC championships. At the time she qualified for the LPGA tour in 2010, she was just the fourth Black woman and the first since 2001 to earn LPGA status. She stepped away from golf in 2014 to work in finance, but returned three years later.

Veteran broadcaster Monica McNutt spoke to Averyhardt about being a Black woman in golf, leaving and eventually returning to the game she loves, and the community she feels with other Black women on the LPGA tour.

This interview has been edited for clarity. 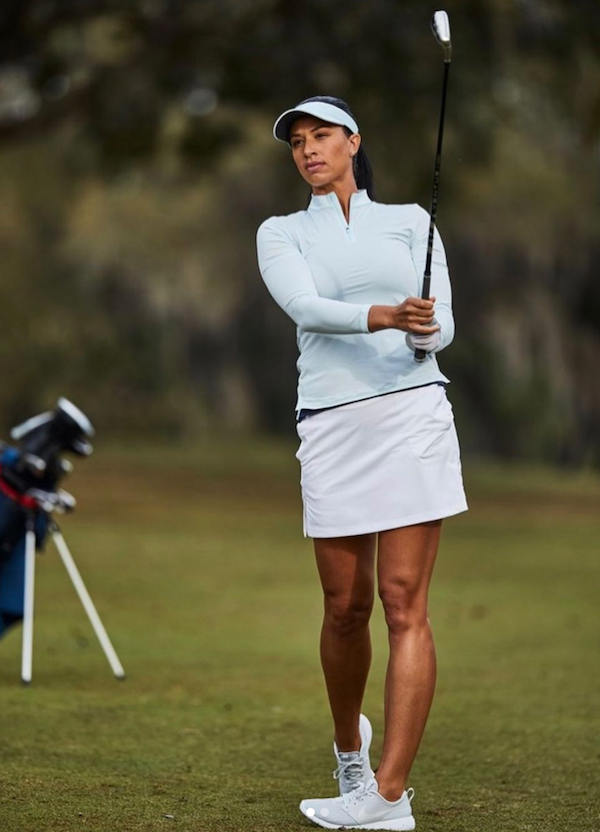 Monica McNutt: How important was it for the LPGA to exist even when you were falling in love with golf?

Shasta Averyhardt: Before really watching Tiger, I don't think I would have had really that much interest in LPGA. And I think the reason why is because I didn't see anybody that looked like me. The closest person who I would say looked like me is Nancy Lopez. I loved watching her play, and my mom is of Latin descent, so it made sense. All the women were models, but I could relate to (Lopez) because she looked like me. Some people don’t understand that. But if you see someone who looks like you, it’s like you can see yourself in them, and you’re like ‘Oh, I can do that.’

So with Tiger coming on the scene, it was definitely amplified by ‘Oh, this is what I need to be doing.’ He made it cool. He brought swag to the game, and I felt like I was always watching Tiger, so I wanted to watch the women. Se-ri Pak was a huge influence as well, not only for the Korean community, but all of us overall. I was watching her during her era, and it was incredible.

MM: In the course of your journey, you have stepped away from the game, gone into the corporate space, and returned to the game. In terms of those transitions, what has kind of helped you navigate through?

SA: At the time when I stopped playing, it was very hard. I couldn’t watch golf. I didn’t want to talk about golf. My dad used to watch golf and he’d say did you see so and so on TV, and I was like I don’t want to hear it. I was angry at golf. I was angry at myself and other people. It was just a really bad time. But then I was transitioning into corporate America. I was creating some type of stability, some normalcy and it was cool for the first year. And then I just, I couldn’t do it. I was looking at wealth management and I was like, well maybe I would do better money wise, and maybe I can have more personable opportunities because that’s my personality. But I couldn’t make a commitment, and I was like, what’s going on?

So I partnered with my friend to do a women’s sports podcast and we (decided) let’s go to ESPN Sports Women’s Summit up in Chicago. Flew up there and were listening to the Olympians and all the female athletes that were on stage telling their stories and talking about their accomplishments. … I was feeling uncomfortable. It’s like, what’s going on with you? I was happy for them, but it’s because I want to play. That’s what it is. I felt like I was 80 years old sitting in a rocking chair with regrets, and I didn’t want to feel that way. I got to go back and play. So I told my friend, ‘Look, I got to back out of the podcast. I don’t want to go play, but I got to go play again because this is weighing on me heavily.’ And I realized how unhappy I was working in corporate America. It just wasn’t for me. Maybe it was just that job in particular, but I just felt like at that time I had too much talent to waste.

MM: I just want to make a point to shout out the women who are your peers and the women before you who are qualifiers for the LPGA. The fantastic Althea Gibson, Renee Powell, LaRee Sugg, those are women who came before you guys. Now, your peers Mariah Stackhouse, Ginger Howard, Cheyenne Woods, and Sadena Parks—how much pride do you guys take in continuing to move the sport?

SA: It’s so exciting. I think the unification between all of us has really gotten better because we realize it’s O.K. for us to be united. It’s O.K. for us to be altogether at a tournament site. … It’s so exciting for all of them to be out here because I was by myself for a while because I’m four years older than Cheyenne and Sadena. So I had the weight, and it was very difficult at that time because of relatability. I was cool with everybody and I had these surface friendships, if you will, but I couldn’t go deeper because I grew up differently.

Sadena for example, she’s like my sister. She gets me and I get her. The other night, we got back and it was a long practice day. I’m tired. We both had headaches and we’re arguing. We argued. And then she was like, ‘All right, love you, sis. Good night.’ … We all encourage each other. We’re sending messages to each other, like, ‘Hey, have a good week. Play well.’ Mariah had a really good two rounds in marathon, and we’re texting her, you know, we’re just encouraging everybody. And it’s really amazing.

MM: There's eight of you guys—five of you who are young, hip, fresh, extremely marketable, if anybody asks me. But the LPGA didn't just start 10 years ago. How do you assess the progress that golf has made in terms of diversity and what would you do to continue to push that?

SA: Renee Powell, she played during the civil rights movement, during the ‘60s and ‘70s. I've had a couple conversations with her where she was talking about how she was on the tee box fearing for her life because she was getting death threats and people are calling her racial slurs. So I feel like that's something that we don't have to deal with, but I think that that's because she paved the way for us. She made a push. She was the only Black woman on tour. So we don't have to deal with that stress.

However, I feel as though golf is making a movement, but it's so subtle and slow that they should be further ahead. And that's just an honest opinion. We keep talking about diversity and inclusion, we're always having meetings, and this and that, but it's getting kids involved. But how do you stay involved? How do you get past learning how to just hit a shot? I feel like we've had these conversations for so long and the progress is just really slow. And I feel like the people who are empowered and are able to make the decisions, they're slow to act. 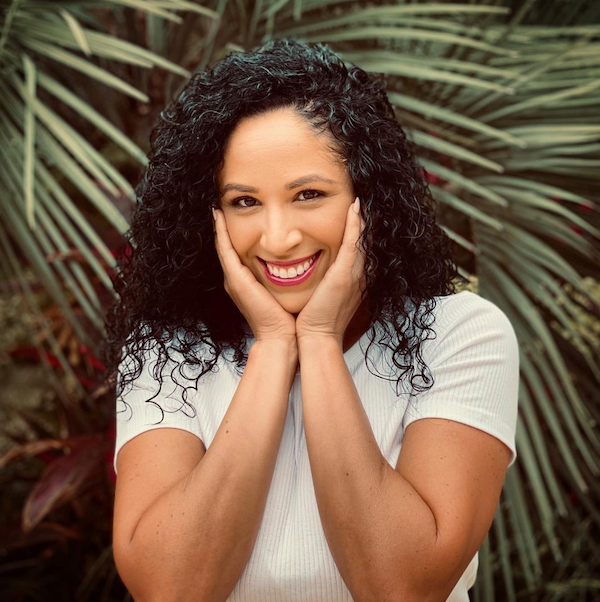 Don't get me wrong. It hasn't moved backwards, but I feel like the marketing needs to grow. It needs to jump outside the box here because we got to get more dollars in these purses. We got to get more visibility. You got to build us up and that all starts with marketing. … I just feel like it starts with the marketing and really just demanding, ‘Hey, this is what we're accepting. We're not accepting less than this. And you need to get on board and support women's golf because it's going to be better. It's going to be beneficial for you.’

MM: When you reflect on your journey and you have the opportunity to encourage the next generation coming behind you, what two words would you use to sum it all up and why?

SA: I would say self-belief and perseverance as well. I think those go hand-in-hand because you could have everybody believe in you, but if you don't believe in yourself, you still won't be able to excel. And I've learned that from personal experience. There was a time period where I just didn't believe in myself. I had to really force myself to realize who I was and just stop downplaying myself. … Whatever you believe is what you're going to do, and I feel like any female athlete coming up, she needs to believe in herself 100%, even when someone tells her that they think she should be doing something else or whatever. This is her life. If it's something that makes her happy and something she's good at, keep going.